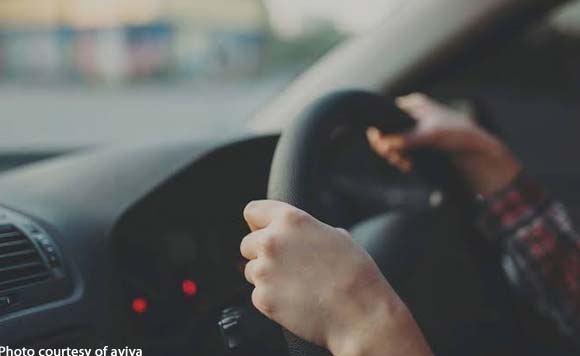 0 1,144
Share
Want more POLITIKO News? Get the latest newsfeed here. We publish dozens and dozens of politics-only news stories every hour. Click here to get to know more about your politiko - from trivial to crucial. it's our commitment to tell their stories. We follow your favorite POLITIKO like they are rockstars. If you are the politiko, always remember, your side is always our story. Read more. Find out more. Get the latest news here before it spreads on social media. Follow and bookmark this link. https://goo.gl/SvY8Kr

CEBU CITY – Citing on-road vehicle breakdowns as among the reasons for traffic gridlocks, a member of Cebu Provincial Board (PB) has pushed for a measure that seeks to penalize motorists whose broken down cars disrupt traffic flow in the provincial highways.

Glenn Anthony Soco, chair of PB’s planning, commerce and industry committee, on Wednesday said he filed an ordinance requiring drivers to immediately pull out vehicles from the highway after a breakdown caused by engine trouble, mechanical failures, or electrical issues.

He said the ordinance, which was approved in first reading last Monday (Dec. 9) cited a study conducted by Japan International Cooperation Agency (JICA) which said that “the economic losses attributable to traffic has reached to PHP1.1 billion a day in Metro Cebu alone,” which he said, needs a policy review on factors that contribute to road congestion.

Soco said he noticed in some instances that when a delivery truck or a private car experienced trouble in the middle of the congested highways, traffic gridlock ensued for several hours. The traffic jam would only be untangled when the stalled vehicle is removed or has recovered from the trouble.

He cited poor diligence of vehicle owners in ensuring the roadworthiness of their vehicles before driving as among the reasons of on-road breakdowns that have snarled traffic flow for several hours.

“The aim of this legislative measure is to minimize stalled vehicles on the road which would add-up to the congestion and to make vehicle drivers and owners more responsible in making their cars roadworthy,” Soco said in a message sent to the Philippine News Agency.

The proposed ordinance has sought to impose twin responsibilities to vehicle owners by requiring “inspection to ensure that their vehicles are on a tip-top condition to prevent breakdown” and to “immediately pull out from the highway” if their vehicles experience on-road snag, he said.

“Before hitting the road, responsible motorists should always check the condition of their cars. They should check if the battery is still working, if the brake fluids are not leaking, the brake system like the brake pads and clutch are functioning, the engine is in good condition, the electrical lines are okay and there is enough fuel,” he pointed out.

Vehicle breakdowns caused by traffic incidents or accidents like a collision of two or more vehicles are not covered by the proposed measure, he added.

Soco, who became chair of the Regional Development Council-Infrastructure Development Committee (RDC-IDC) before he got elected as a member of PB, said he is pushing to penalize erring vehicle owners with P1,000 fine for the first offense, P2,000 for the second offense, and P3,000 for the third offense.

He also authored the proposed ordinances seeking to create the province-wide traffic management body and the Fender Bender Act which would require immediate removal of vehicles involved in minor accidents, after taking of photos or videos. (PNA)