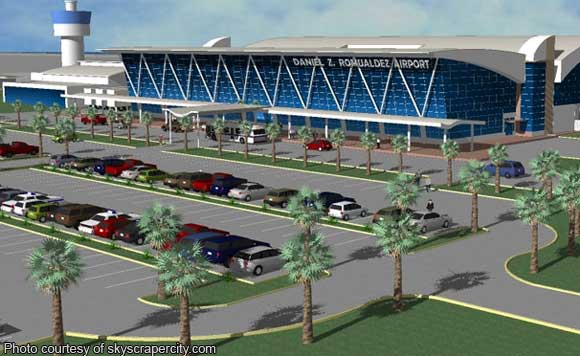 0 887
Share
Want more POLITIKO News? Get the latest newsfeed here. We publish dozens and dozens of politics-only news stories every hour. Click here to get to know more about your politiko - from trivial to crucial. it's our commitment to tell their stories. We follow your favorite POLITIKO like they are rockstars. If you are the politiko, always remember, your side is always our story. Read more. Find out more. Get the latest news here before it spreads on social media. Follow and bookmark this link. https://goo.gl/SvY8Kr

The new P721-million Tacloban Airport terminal building project will be bid out this June, the Department of Transportation (DOTr) said Friday.

Sydiongco said the target is to complete the full development of the city’s airport within the term of President Rodrigo R. Duterte.

The P400-million budget allocated in 2017 will also finance the site development for the new terminal building, including the construction of a perimeter fence.

Also included in last year’s allocation are the construction of asphalt overlays, a newly designed parking area, and shore protection.

“The ongoing development activities will be completed by November,” Sydiongco said.

Part of the future development is the extension of the runway to 2,500 meters from the existing 2,100 meters, according to CAAP.

The central government conceptualized the upgrading of Tacloban Airport as early as May 1996 when the Japan International Cooperation Agency (JICA) carried out a master plan on the development of Tacloban, Bacolod, Iloilo and Legazpi Airports.

The project has faced several setbacks for two decades, including the government’s inability to provide a counterpart budget to the JICA-funded project during the administration of former president Gloria Macapagal-Arroyo.

The concreting of the new apron and taxiway were completed in 2014. However, the terminal building construction failed to push through with the diversion of the P718.75-million fund for the Tacloban Airport to the Disbursement Acceleration Program. (PNA)