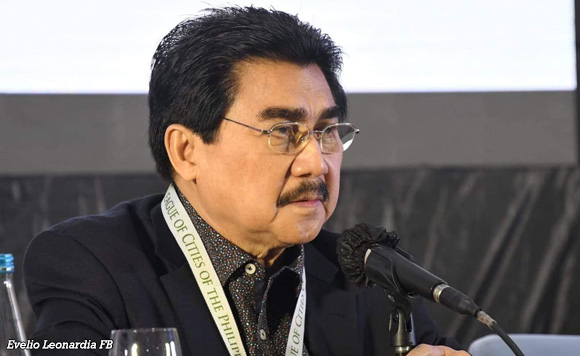 0 110
Share
Want more POLITIKO News? Get the latest newsfeed here. We publish dozens and dozens of politics-only news stories every hour. Click here to get to know more about your politiko - from trivial to crucial. it's our commitment to tell their stories. We follow your favorite POLITIKO like they are rockstars. If you are the politiko, always remember, your side is always our story. Read more. Find out more. Get the latest news here before it spreads on social media. Follow and bookmark this link. https://goo.gl/SvY8Kr

The administration of Mayor-elect Albee Benitez has to deal with certain procedures and legalities if it plans to repurpose the funds intended for the construction of the MassKara Coliseum and Bacolod City Museum, outgoing Bacolod Mayor Evelio Leonardia said.

Earlier, Benitez said that he intends to repurpose the funds for the construction of the structure into a “cheaper and simpler” convention center or trade center.

This would allow the local government to realign the budget for redesigning and rebuilding of the city’s public markets, the former Negros Occidental congressman said. (https://bit.ly/3twgLHN)

Leonardia insisted that the coliseum/museum project would become a big tourism and sports magnet for the city.

He also recalled that when the city had to host big conventions before, they had to divide it into three or four different venues.

“With the big-ticket players here, we also need a big facility to cope up and balance the growth of Bacolod,” the city mayor said.

“So, it’s up to them if that is what they want but of course they have to grapple with certain procedures and legalities. It’s the people who will judge us,” he added.