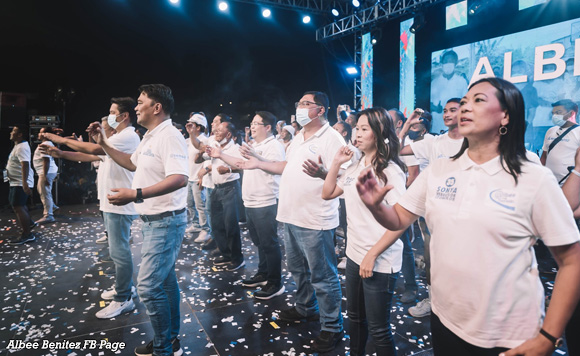 Team Asenso led by re-electionist Rep. Greg Gasataya and mayor-elect Albee Benitez together with their eight winning councilors dominated the May 9 polls in Bacolod City.

Based on the final and official results of the Comelec, Gasataya garnered 185,470 votes against GP congressional candidate Dan Atayde’s 80,591 votes. (https://bit.ly/3Nn8ZaP)