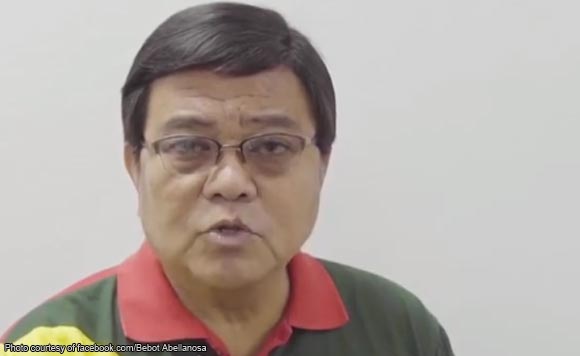 Where does his heart really lie?

Cebu Congressman Rodrigo “Bebot” Abellanosa joined the virtual mudslinging of Mayor Tomas Osmeña and Vice Mayor Edgar Labella, who are running against each other for the May 13 race.

The solon joined the exchange by exposing Labella’s supposedly heartless campaigns that almost removed a special Cebu Technological University campus for mountain barangays, as well as his vastly different approach towards scholarships and free tuition.

“Mr. Liebella, do you really care about helping the less-privileged students of Cebu City finish college? Why did you and then Mayor Rama during your administration at city hall try so hard to stop and to demolish the CTU mountain extension that I established in Brgy Bonbon in 2015 and discourage students of our city’s mountain barangays from enrolling?,” Abellanosa said.

And he didn’t stop there, as he had more ammunition under his belt.

“Why does our city government have to spend millions on a public city college when the national government operates public universities in our city namely CTU, CNU, and UP?”

“I can understand why you have a myopic view of college education because you are not an educator yourself,” the politiko added.

This tea is too hot to handle!

Never give up! Labella asks Tugade to lift backride ban

Kring Kring Romualdez lounges by the pool in her swimsuit