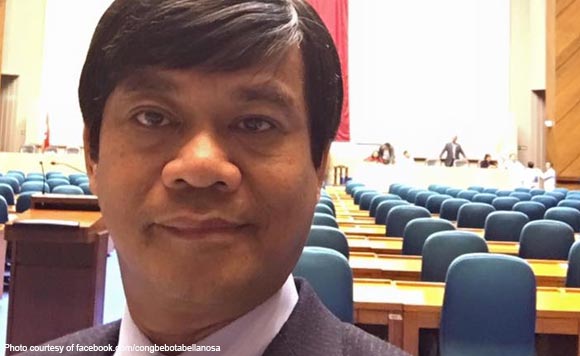 This politiko even prayed for the enlightenment of his colleagues, but to no avail.

Cebu Congressman Rodrigo “Bebot” Abellanosa had fervently prayed that House members will be conscientious enough to vote in favor of ABS-CBN to save the jobs of thousands of Filipinos whose families depend on the network.

The politiko shared his plea just before voting took place, which ended at a heartbreaking 70-11 vote to deny the renewal.

“After everything has been said for or against the bills seeking the grant of the ABS-CBN franchise, this representation from the 2nd District of Cebu City humbly calls on the members of the Committee on Legislative Franchises and the others who are called upon today to render a crucial judgement, let us pause for a while, bow our heads in humility, close our eyes to our personal biases in order to open and let in a greater vision for our nation, and to seek further erudition and wisdom from the Almighty,” the politiko asid, calling for an examination of conscience.

He then shared that denying the network’s franchise would ruin the country’s quest to return to economic growth and curtail freedom of expression.

MY PRAYER IN TODAY’S FINAL VOTATION ON THE ABS-CBN FRANCHISE And in the end, Mr. Chairman, after everything has been…

Charee Pineda is a glowing mom-to-be at 30