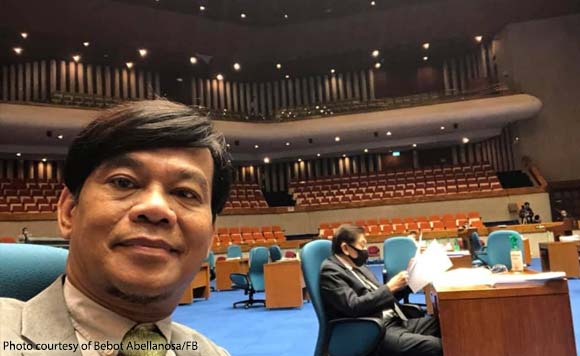 For the Cebu City congressman, losing Del Mar left a huge gap in public service and in his circle of trusted friends and colleagues.

“Congressman del Mar devoted his time and effort to public service. He was one of the staunchest champions of the Cebuanos, advocating for legislations ultimately aimed at the betterment of life for not only his constituents, but the Filipino people as a whole,” he wrote. “He was among the most diligent members of the House, not once having been absent from plenary sessions in his nine terms as representative of the 1st district of Cebu City.”

“His staunch dedication and commitment to improving the state of our nation and its people shall serve as an inspiration to many of us legislators in aspiring to live up to his legacy,” the politiko added.

Abellanosa went on to call Del Mar as his “partner, mentor, brother, father, and friend.”