Be original: Iloilo festivals shouldn’t be just ‘copycats’ of Dinagyang 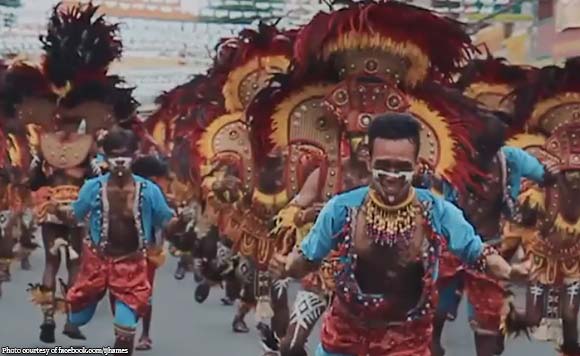 0 956
Share
Want more POLITIKO News? Get the latest newsfeed here. We publish dozens and dozens of politics-only news stories every hour. Click here to get to know more about your politiko - from trivial to crucial. it's our commitment to tell their stories. We follow your favorite POLITIKO like they are rockstars. If you are the politiko, always remember, your side is always our story. Read more. Find out more. Get the latest news here before it spreads on social media. Follow and bookmark this link. https://goo.gl/SvY8Kr

The Iloilo Provincial Tourism Office (PTO) gathered on Monday the municipal tourism officers for the First Iloilo Festival Summit after the observation that festivals in Iloilo municipalities are slowly becoming a “copycat” of the Dinagyang Festival,

“We wanted to do this long time ago because we wanted that each festival of every municipality will be entirely unique and connected with their respective culture,” Marin said in an interview.

The summit also became a venue for municipal tourism officers to create linkages for the promotion of their respective festivals, he said.

Over the years, Marin assessed that municipal festivals had generally improved in terms of concepts but the PTO anticipates seeing fresh choreography, props, and costume on festival performances.

Participants in the summit will be taught in determining the effectiveness of costumes being the “very important criteria in judging festival performances.”

Understanding the musical meaning, culturally-specific movement practices, and its influence on the choreographic content of performances are also taught to municipal tourism officers.

“Municipal festivals are being choreographed and directed by city choreographers who also handle Dinagyang performances. We will explain to them the uniqueness of choreographs of their festivals as compared to the Dinagyang,” Marin said.

At present, the province has 40 festivities. Marin said the three municipalities namely Batad, San Rafael, and Janiuay are being urged by the PTO to also establish its own municipal festivals.

The PTO is always present during the celebration of the 40 festivals for them to “monitor the growth and development of their festival.”

“We constantly remind them if we notice they are becoming modernized and no longer sticks to their culture, or slowly becoming a “copycat” of the Dinagyang Festival,” he said.