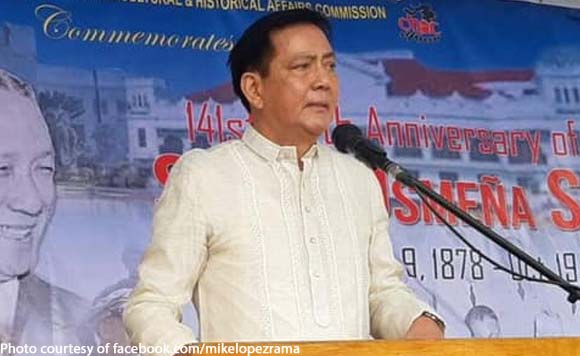 Rama said the meeting with the overseer of the Inter-Agency Task Force (IATF) in Cebu, with the members of the City Council on July 6, went well.

“We were challenged to be more involved in the Covid-19 fight, share the responsibilities, a division of labor,” the vice mayor said. (https://bit.ly/2NZ1aer)

The councilors were given a chance to air their various concerns to the Secretary including their concerns on the rising cases of the city, the lack of coordination between the city government and the barangay, and solutions to the overwhelmed hospital facilities.

Rama said the councilors from the opposing party, Bando Osmeña Pundok-Kauswagan, proposed that the Barangay Isolation Centers be minimized and the Abellana National High School be turned into an isolation center similar to that of the NOAH Complex at the South Road Properties.

Councilor Franklyn Ong, the president of the Association of Barangay Councils (ABC) in the city, raised his concerns on behalf of the barangays as well.

“I was very satisfied with our talk with Secretary Cimatu, he presented a bottom-to-top approach in handling the Covid-19 situation, which means the barangays will be very involved,” said Rama.

He added that Cimatu also challenged the city government to empower the barangays more as they were the real front-lines of the Covid-19 war.

As for the City Council, they were urged by Cimatu to enact ordinances consistent with the National IATF policies and guidelines without confusing the people.