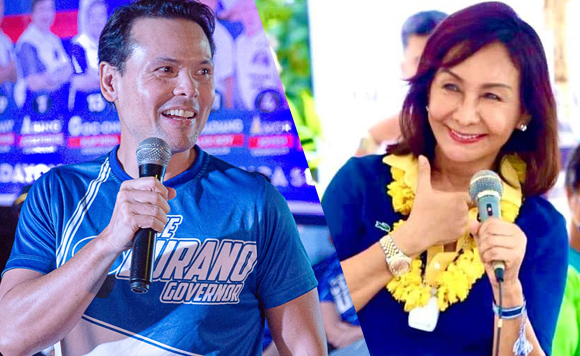 0 60
Share
Want more POLITIKO News? Get the latest newsfeed here. We publish dozens and dozens of politics-only news stories every hour. Click here to get to know more about your politiko - from trivial to crucial. it's our commitment to tell their stories. We follow your favorite POLITIKO like they are rockstars. If you are the politiko, always remember, your side is always our story. Read more. Find out more. Get the latest news here before it spreads on social media. Follow and bookmark this link. https://goo.gl/SvY8Kr

“The UMDA remains steadfast in its commitment for a fair, honest and peaceful election this May 9, 2022. Part of this commitment, we rally our all-out support for the gubernatorial bid of Ace Durano for a better Cebu province,” their statement read. (https://bit.ly/3vlEo5X)

The group reiterated that it is a separate entity from another UMDA, which is a parallel group of medical practitioners also supporting the Marcos Jr.-Duterte tandem.

“Our core group is composed of varied professionals and does not come from an exclusive profession. Although we are in the same goal of ensuring the victory for BBM-SARA tandem in Cebu, but we are not of the same boat in achieving this goal,” they added.

The UMDA expressed confidence that they can deliver honest votes for Durano in the local level and for BBM-Sara in the national arena.