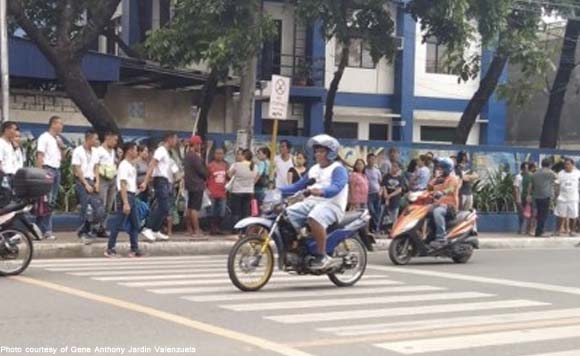 0 1,573
Share
Want more POLITIKO News? Get the latest newsfeed here. We publish dozens and dozens of politics-only news stories every hour. Click here to get to know more about your politiko - from trivial to crucial. it's our commitment to tell their stories. We follow your favorite POLITIKO like they are rockstars. If you are the politiko, always remember, your side is always our story. Read more. Find out more. Get the latest news here before it spreads on social media. Follow and bookmark this link. https://goo.gl/SvY8Kr

CEBU CITY – The Police Regional Office in Central Visayas (PRO-7) on Tuesday said the police are now working to identify the owners of a cockpit arena in Mandaue City raided by the Criminal Investigation and Detection Group (CIDG) for illegally operating even on weekdays.

Brig. Gen. Debold Sinas, PRO-7 director, said the target of the raid was the owners of the G and C Coliseum in Estancia village, but arrested were more than 300 cockfighting aficionados who were chanced upon by the police while inside the arena.

“The owners did not show up during the initial inquiry. But they will be included in the filing of appropriate charges in court,” Sinas said on the sidelines of the 450th founding anniversary celebration of Cebu province.

The cockpit arena is owned by the Cortes family in Mandaue City, but authorities are verifying information that a town official is involved in its operation.

Sinas reiterated the position of the authorities that cockpit arena operations are only allowed during fiesta celebrations, Sundays, and holidays as these were the only occasions mentioned under Presidential Decree 449, or the Cockfighting Law.

Major Edwin Lacostales, an officer from CIDG-7 who headed the raid, said even if the G and C Coliseum has the permit to operate a cockpit, it is only allowed to operate on the days mandated by law.

Sinas, meanwhile, said the more than 300 arrested aficionados will be held in a sports complex in Mandaue for processing.

The Mandaue City government has provided them assistance. Lawyer Jamaal James Calipayan, city administrator, was quoted in a radio report as saying that they would be provided with food.

Lacostales noted that senior citizens caught inside the cockpit area during the raid were allowed to go home for humanitarian reasons.(PNA)