Batchoy will soon have its own special day in Iloilo 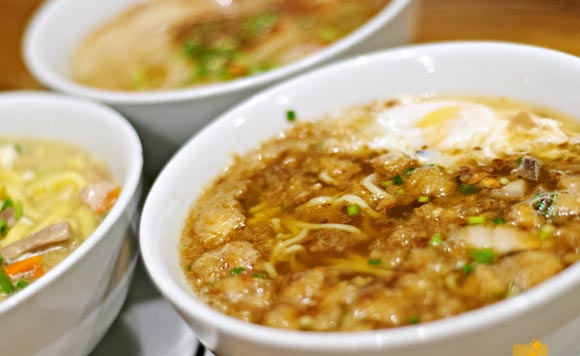 0 540
Share
Want more POLITIKO News? Get the latest newsfeed here. We publish dozens and dozens of politics-only news stories every hour. Click here to get to know more about your politiko - from trivial to crucial. it's our commitment to tell their stories. We follow your favorite POLITIKO like they are rockstars. If you are the politiko, always remember, your side is always our story. Read more. Find out more. Get the latest news here before it spreads on social media. Follow and bookmark this link. https://goo.gl/SvY8Kr

Iloilo City residents may soon be celebrating another festival, if a proposal by one of their councilors is passed.

“Anywhere in the world you can find batchoy. But if you want to have the original taste, go to La Paz batchoy,” Alim said (https://thedailyguardian.net/local-news/national-batchoy-festival-proposed/).

Batchoy is a noodle soup that originated in a market in Iloilo City’s La Paz district.

Alim said he will pitch the festival to the City Tourism Office and the Dinagyang Foundation, noting the proposal did not gain traction with former mayor Jed Patrick Mabilog.

On the other hand, Alim said it is fitting that the festival be celebrated during the rainy season, as the dish is a “must-eat” for tourists.