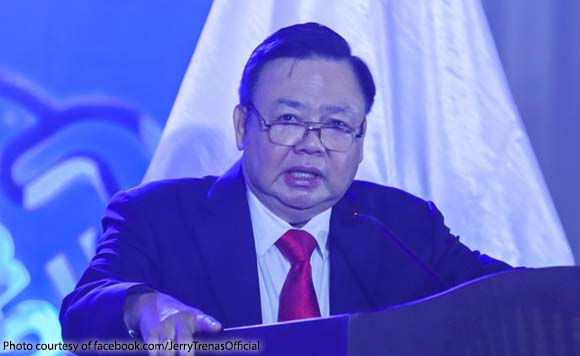 0 105
Share
Want more POLITIKO News? Get the latest newsfeed here. We publish dozens and dozens of politics-only news stories every hour. Click here to get to know more about your politiko - from trivial to crucial. it's our commitment to tell their stories. We follow your favorite POLITIKO like they are rockstars. If you are the politiko, always remember, your side is always our story. Read more. Find out more. Get the latest news here before it spreads on social media. Follow and bookmark this link. https://goo.gl/SvY8Kr

Iloilo City Mayor Jerry Treñas said he will not publicize the names of job hires in City Hall who tested positive for illegal drug use.

They might be subjected to extrajudicial killings (EJK), according to Treñas.

“They might be subjected to extrajudicial killings, and who will be responsible for that?” the city mayor said after he was challenged to reveal the names of those who tested positive. (https://bit.ly/3BtFil0)

He added that anyone who is interested in the names of the job hires who failed the drug test can obtain them from City Administrator Melchor Tan.

On September 6, Treñas revealed through his Facebook page that several city gobernment job hires tested positive for illegal drug use.

Proper actions will be taken” as those who tested positive won’t be rehired, he also said.

The city government will also submit the names of those who tested positive to the Philippine National Police.