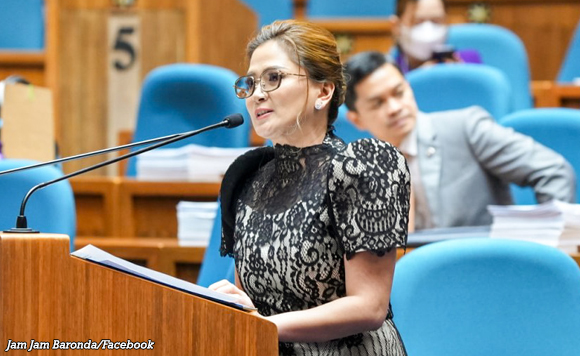 0 45
Share
Want more POLITIKO News? Get the latest newsfeed here. We publish dozens and dozens of politics-only news stories every hour. Click here to get to know more about your politiko - from trivial to crucial. it's our commitment to tell their stories. We follow your favorite POLITIKO like they are rockstars. If you are the politiko, always remember, your side is always our story. Read more. Find out more. Get the latest news here before it spreads on social media. Follow and bookmark this link. https://goo.gl/SvY8Kr

Iloilo City Rep. Julienne Baronda asked the Department of Works and Highways (DPWH) for additional funding to solve the flooding woes in the metro.

During a budget hearing, Baronda noted that based on a 2017 feasibility study, P6.2 billion was needed for the Iloilo City Comprehensive Drainage Plan, but only P500 million had been released thus far.

One of the top concerns of the city government and residents is the city’s constant flooding caused by high tides and persistent problems with the drainage system, she lamented. (https://bit.ly/3Skszax)

DPWH secretary Manuel Bonoan said that he will look into Baronda’s concerns.