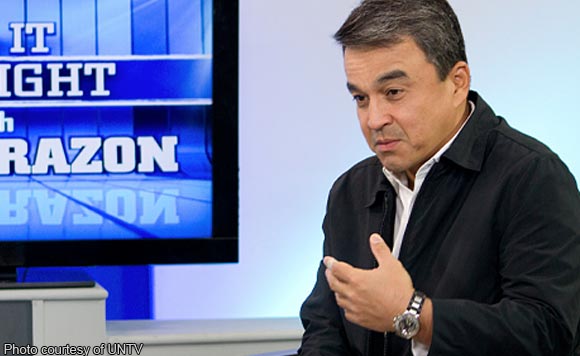 0 382
Share
Want more POLITIKO News? Get the latest newsfeed here. We publish dozens and dozens of politics-only news stories every hour. Click here to get to know more about your politiko - from trivial to crucial. it's our commitment to tell their stories. We follow your favorite POLITIKO like they are rockstars. If you are the politiko, always remember, your side is always our story. Read more. Find out more. Get the latest news here before it spreads on social media. Follow and bookmark this link. https://goo.gl/SvY8Kr

And the politiko is willing to back up his belief with his House Bill 5359, that he filed last March 22, and seeking for the deferment of the October 2017 Barangay and Sangguniang Kabataan elections.

“There is a need to postpone the 2017 Barangay Elections to rid barangays of officials linked to illegal drug operations. The barangay election was postponed last year for the very same reason, and obviously, we have yet to consider our communities drug-free. The drug problem begins at the grassroots level, therefore, this is where we should start cleansing,” Barbers said.

The Surigao Del Norte solon also noted that prior to the elections, incumbent officials must be terminated in order to give way to a set of ‘untainted’ officers-in-charge that the President himself will appoint.

“Incumbent officials stand to enjoy extended term but fail to address the drug problem that our President has been seeking to exterminate since Day 1. We have given them another year, but the question is, have they proven themselves worthy to be called ‘leaders’ of a country that is dying to be freed from the shackles of illegal drugs? I don’t think so. That is why, I personally think that the smartest move would be to delay the elections once again and to appoint incorruptible officers-in-charge who will help us traverse the road to recovery—the road to a drug-free Philippines,” Barbers concluded.