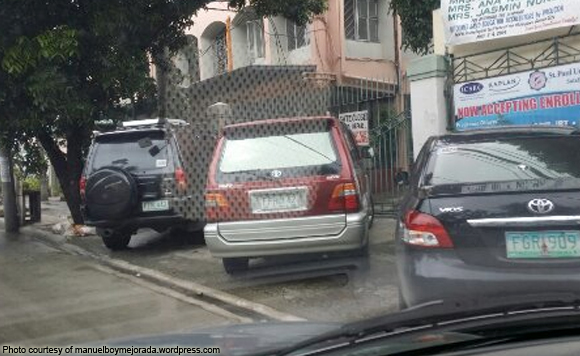 The city government has tapped barangay officials in addressing the problem during a meeting last Oct. 20 in City Hall, Iloilo-based news site The Daily Guardian reported.

However, it said the deputization of barangay officials will not go into effect until December 2016.

During the meeting, Mabilog said it was agreed in principle that barangay captains or kagawads will be deputized to enforce ordinances on road obstructions and illegal parking.

Under a city ordinance, on-road parking is not allowed from 5 a.m. to 10 p.m. in several major streets.