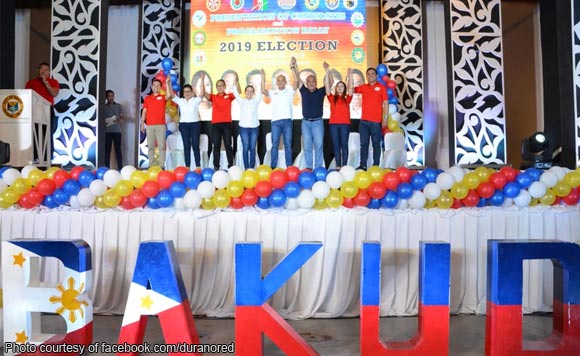 Cebu Rep. Ramon “Red” Durano VI expressed confidence that the Barug Alang sa Kauswagan ug Demokrasya (BAKUD) will win an election even without an endorsement from a national party.

Durano made the remark a day after his local party forged an alliance with the Nationalist People’s Coalition (NPC).

In The Freeman report, the politiko said the party welcomes endorsements from national political figures but “not necessary.”

“For me, it doesn’t matter… (BAKUD is) very strong,” said the NPC provincial chairman.

Durano said the local party founded by his family has been very strong in Cebu’s fifth district and has consistently produced best results over the last two decades.

“In fact, in the past we’ve shown that we are united here in the fifth district and those we have supported win an election,” he added.