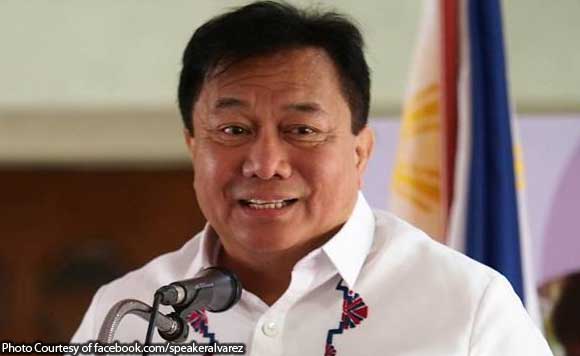 0 940
Share
Want more POLITIKO News? Get the latest newsfeed here. We publish dozens and dozens of politics-only news stories every hour. Click here to get to know more about your politiko - from trivial to crucial. it's our commitment to tell their stories. We follow your favorite POLITIKO like they are rockstars. If you are the politiko, always remember, your side is always our story. Read more. Find out more. Get the latest news here before it spreads on social media. Follow and bookmark this link. https://goo.gl/SvY8Kr

Alvarez hinted at the ruling party’s endorsement at a mass oath-taking of new barangay officials in Iloilo City last June 24.

Treñas is running for Iloilo City mayor while Defensor is being eyed to replace his father and incumbent Gov. Arthur Defensor Sr.

In his speech, Alvarez said that if Trenas becomes Iloilo City mayor, he will not allow illegal drugs to proliferate. He added he has known Trenas for a long time.

On the other hand, Alvarez said the governor told him that he will talk to other supporters as well as to PDP-Laban Iloilo chair and Rep. Oscar Garin Jr. if Defensor Jr. could run for governor in 2019.

But Alvarez said everything will still depend on the PDP-Laban chairmanship in the province.

While in Iloilo, Alvarez administered the oath to 1,088 new barangay captains from Iloilo province; 145 from Iloilo City; and 88 from Guimaras province.

Meanwhile, 4th district Rep. Ferjenel Biron, who also plans to run for governor, said they expect Alvarez to endorse Defensor Jr. because they are partymates.

Biron held a separate mass oath-taking attended by about 9,000 barangay captains, including barangay kagawads and Sangguniang Kabataan officials of the province.