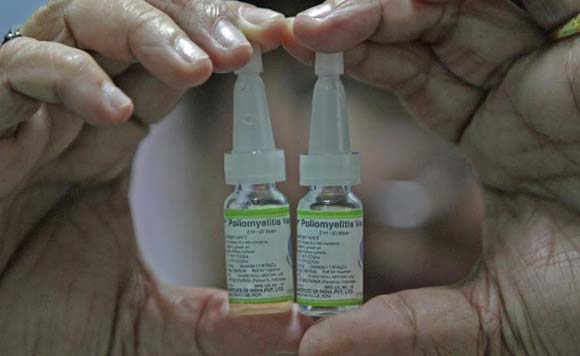 0 812
Share
Want more POLITIKO News? Get the latest newsfeed here. We publish dozens and dozens of politics-only news stories every hour. Click here to get to know more about your politiko - from trivial to crucial. it's our commitment to tell their stories. We follow your favorite POLITIKO like they are rockstars. If you are the politiko, always remember, your side is always our story. Read more. Find out more. Get the latest news here before it spreads on social media. Follow and bookmark this link. https://goo.gl/SvY8Kr

Councilor Cindy Rojas urged City Health Office and the Department of Social Services and Development to be persistent in its anti-polio campaign.

Rojas noted the Department of Health’s (DOH) declaration of a polio epidemic in the country after it confirmed a case of the disease in Lanao del Sur.

The city must push measures that will enhance polio prevention measures in the country, she said.

One of the preventive measures is the polio immunization campaign for all children under five years old. (https://www.panaynews.net/bacolod-city-to-boost-anti-polio-drive/)

The Philippines has been declared polio-free since 2000 but was put at “high-risk” due to low vaccination. An outbreak was declared on September 19, 2019, after two cases of polio were reported.

According to the DOH, polio or poliomyelitis is a fatal and disabling disease caused by poliovirus, which is transmitted when there is poor environmental sanitation and hygiene.

Symptoms include fever, fatigue, headache, vomiting, stiff neck and sudden onset of floppy arms or legs. In severe cases, it can lead to permanent paralysis or even death. Children under five years of age are most vulnerable to the disease.