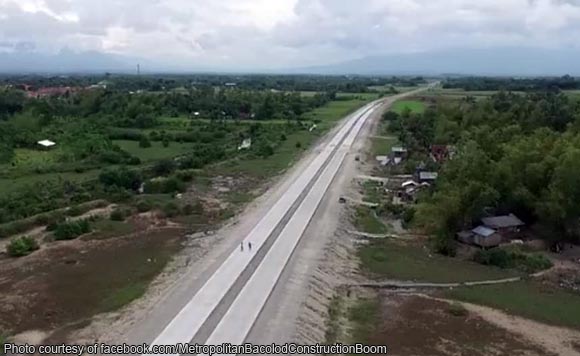 Bacolod City is eyeing a new diversion road that will link the city’s Barangay Taloc, Bago City and the Bacolod Economic Highway.

City Councilor Wilson Gamboa said this will also divert hundreds of heavy vehicles from southern Negros Occidental in an ideal location along the highway.

The diversion road will also decongest heavy traffic along Araneta Street from Brgy. Sum-Ag to CEGASCO in Brgy. Pahanocoy, he added.

He urged the Department of Public Works and Highways to construct such a road soonest.

Gamboa noted traffic jams in these areas affect nearby areas within Barangay Sum-ag proper, sometimes even beyond the CEGASCO corner going to downtown Bacolod City.

The 21.8-km Bacolod Economic Highway is a multi-year project implemented by DPWH, slated for completion in 2021.