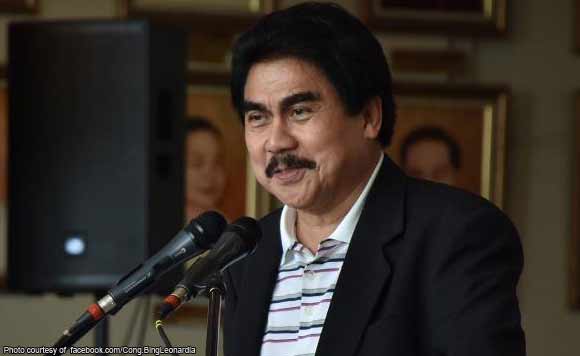 0 78
Share
Want more POLITIKO News? Get the latest newsfeed here. We publish dozens and dozens of politics-only news stories every hour. Click here to get to know more about your politiko - from trivial to crucial. it's our commitment to tell their stories. We follow your favorite POLITIKO like they are rockstars. If you are the politiko, always remember, your side is always our story. Read more. Find out more. Get the latest news here before it spreads on social media. Follow and bookmark this link. https://goo.gl/SvY8Kr

Outgoing Bacolod City Mayor Evelio Leonardia has stepped down as national president of the 145-member League of Cities of the Philippines.

“Working with you has made me a better public servant and a better man. I am because we are,” Leonardia said during the organization’s recent special assembly at the Marriott Hotel in Manila.

He was also named a member of the Legislative-Executive Development Advisory Council by President Rodrigo Duterte.

The LEDAC is the highest advisory council to the President on development and economic matters, among others.

“It has been a term like no other. The pandemic dominated our lives, changed the complexity of things and introduced new challenges no one before us faced,” the mayor said, citing the challenges brought by the Covod-19 pandemic.

“It was a situation that called for the best of us. It made us more innovative and creative and squeezed the best out of us,” he added.

Last week’s gathering was the League’s first face-to-face general assembly since the pandemic struck the Philippines in 2020.