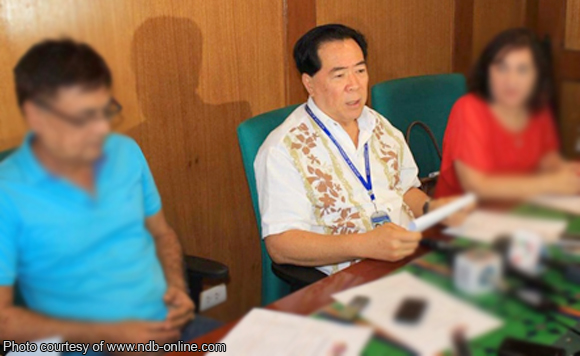 The Sandiganbayan Second Division has granted the request of Bacolod City Mayor Monico Puentevella to fly to Zurich, Switzerland for the 2016 Extraordinary Congress of the Federation Internationale de Football (FIFA).

In permitting him to travel, the court imposed several conditions on Puentevella who has been charged with graft over the alleged overpriced purchase of computers from 2002 to 2006 that amounted to P26 million that was paid with his Priority Development Assistance Fund (PDAF) when he was still congressman.

Among those conditions, the court cited in its resolution that he is only allowed to travel to Zurich via Hong Kong from February 24 to 29.

If he does not return and fail to present himself at the hearings despite due notice, the court said that “he shall be deemed to have waived his presence and such waiver shall not preclude the Court from forfeiting his bail and travel bonds.”

Also, Puentevella was told to submit within five days of his arrival relavant pages of his passport that showed his travel.

Puentevella had informed the court that he has to attend the FIFA Conngress since a member of FIFA’s Marketing and TV Committee.