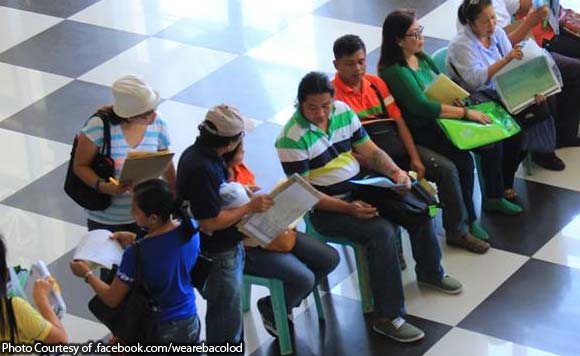 0 308
Share
Want more POLITIKO News? Get the latest newsfeed here. We publish dozens and dozens of politics-only news stories every hour. Click here to get to know more about your politiko - from trivial to crucial. it's our commitment to tell their stories. We follow your favorite POLITIKO like they are rockstars. If you are the politiko, always remember, your side is always our story. Read more. Find out more. Get the latest news here before it spreads on social media. Follow and bookmark this link. https://goo.gl/SvY8Kr

Good news for traders based in Bacolod City: the city government is extending until end-February its one-stop-shop for business permits registration.

The city council approved an ordinance for the extension upon the request of the Metro Bacolod Chamber of Commerce and Industry, councilor Caesar Distrito said.

Distrito, chairman of committee on laws and ordinances, said this should “assist our taxpayers and businessmen” who need not pay a penalty or surcharge even if they renew after Jan. 20.

Before the passage of the ordinance, the one-stop-shop would have ended operations Jan. 20.

Business taxpayers who pay in full can avail of a 10-percent discount. Those renewing permits after Jan. 20 and will meet the Feb. 28 deadline will not be charged a 25-percent penalty.

Earlier, Bacolod City Mayor Evelio Leonardia said he received a request from the MBCCI for an extension of the filing of permits and tax payment for the first quarter.

As of Jan. 8, the City Mayor’s Office Permits and Licensing Division has received permit applications from 6,281 business establishments.

Stela Rose Rayos, head of the Permits and Licensing Division, said the processing of business permits this year is faster because the system is now fully automated.