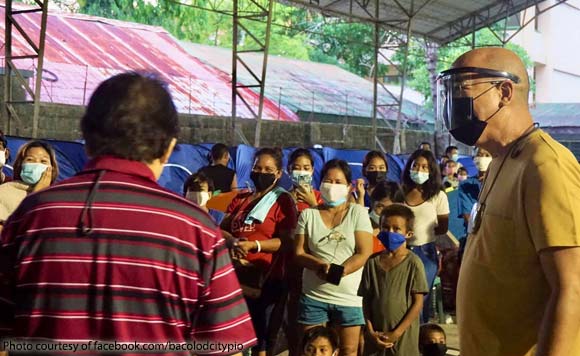 More or less 50 families were affected by the fire, said Gasataya.

“As immediate aid, we deployed a distribution of 300 pack meals for those affected. We will continue to send aid,” the congressman said in a social media post. (https://bit.ly/3t6SBkd)

The City Mayor’s Office, through the Department of Social Services and Development (DSSD), distributed food packs, hygiene kits, and other supplies to the fire victims.

“The DSSD has immediately attended to the needs of the affected families while they are seeking temporary shelter at the evacuation center,” according to Leonardia.

The mayor also instructed the Disaster Risk Reduction and Management Office and DSSD to provide swift response and services to families displaced by the fire.