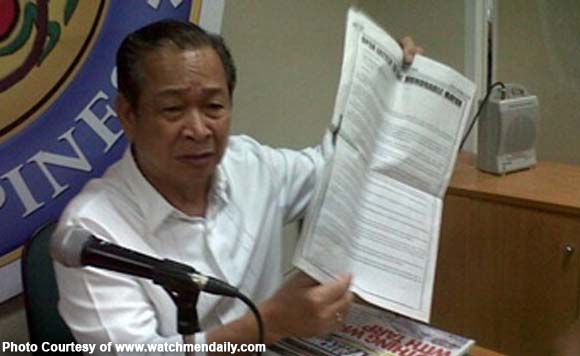 Former Bacolod City administrator Rolando Villamor isn’t bothered at all by the suspension order issued by the Ombudsman over a conflict of interest case.

Villamor said the suspension is useless since he is considered resigned from position after filing his certificate of candidacy for representative of Bacolod City on October 16.

Villamor was given a six-month suspension after lawyering for a private firm that filed a civil case against the city government.

He stressed that the Ombudsman merely questioned the exercise of his legal procession.

Villamor is running independent after re-electionist Mayor Monico Puentevella’s local party Magbinuligay Kita Para sa Kauswagan-Partido Bacolod (MKK-PD) did not endorse him as its official candidate for the House seat.

Villamor is an appointee of Puentevella.