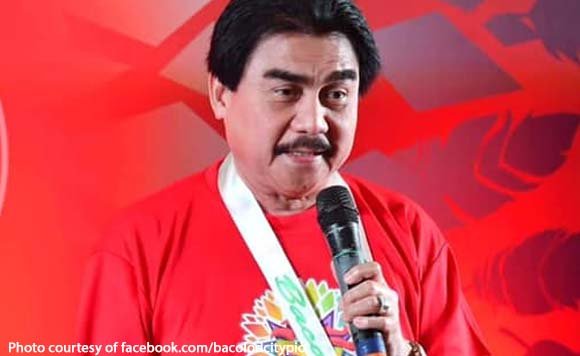 0 2,551
Share
Want more POLITIKO News? Get the latest newsfeed here. We publish dozens and dozens of politics-only news stories every hour. Click here to get to know more about your politiko - from trivial to crucial. it's our commitment to tell their stories. We follow your favorite POLITIKO like they are rockstars. If you are the politiko, always remember, your side is always our story. Read more. Find out more. Get the latest news here before it spreads on social media. Follow and bookmark this link. https://goo.gl/SvY8Kr

Mayor Evelio Leonardia placed the city on “Blue Alert” status as typhoon “Tisoy” approached the southern portion of Luzon over the weekend.

Blue Alert is the second stage of alert, wherein emergency preparations begin and rescue personnel are ordered to check-in and inform authorities of their available equipment in case of a rescue operation.

In a memorandum, Leonardia ordered the City Disaster Risk Reduction Management Office (CDRRMO), barangay officials, and other allied agencies to prepare for the storm. (https://bit.ly/2R96wXx)

Precautionary measures should be taken as the typhoon could cause flooding, landslides, storm surges, and accidents, according to the mayor.

Leonardia said there is also a need for contingency plans, such as the identification of possible evacuation centers and the preparation of rescue equipment, personnel, food, and medicine.

He likewise tasked the CDRRMO to closely monitor the typhoon and coordinate with the involved national agencies and the Philippine Atmospheric Geophysical and Astronomical Services Administration.