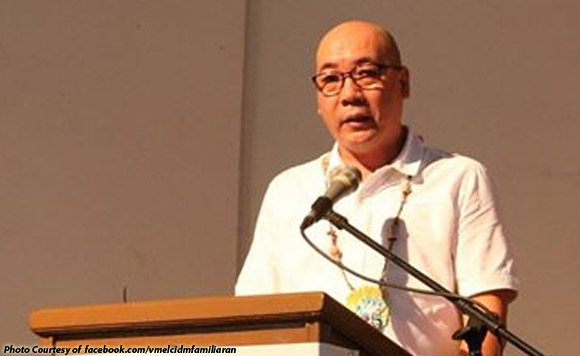 BACOLOD CITY — Vice Mayor El Cid Familiaran said the City Council is “back to normal” after going through a controversy that involved a councilor hitting a colleague during a session in September.

“Honestly, it’s back to normal. It’s like nothing has happened,” Familiaran said Monday afternoon.

Last Sept. 12, Councilor Jesus Claudio Puentevella punched Councilor Dindo Ramos after a heated argument regarding the proposal to grant Mayor Evelio Leonardia the authority to sign a contract with garbage hauler, IPM-Construction and Development Corp., for the construction of a second cell at the city’s sanitary landfill in Barangay Felisa.

Videos of Puentevella punching Ramos on the face went viral on social media.

Two days later, Puentevella apologized for his behavior, saying the incident was “unfortunate” and “a humbling lesson.”

Puentevella, son of former congressman and mayor Monico Puentevella, belongs to the minority, while Ramos is allied with the ruling Grupo Progreso led by Leonardia.

In the next session, which Puentevella failed to attend, the City Council approved the authority for the mayor to sign the contract with the garbage hauler.

The incident between the two councilors prompted the City Council to amend its internal rules to impose disciplinary action against misbehaving members.

Included is a salient amendment in the disciplinary sanction that defines a disorderly behavior, which has a corresponding suspension of not more than 60 days, by a vote of at least two-thirds of the council members.

The involved member will be barred from participating in the City Council deliberations and will have his or her salary forfeited during the period.

A disorderly behavior is committed when one of the members inflict verbal or physical pain, harm or threat against a fellow member, staff or any person inside the premises of the City Council session hall, which includes, challenging a fellow councilor in a fist fight, a duel or any similar or related act. (PNA)