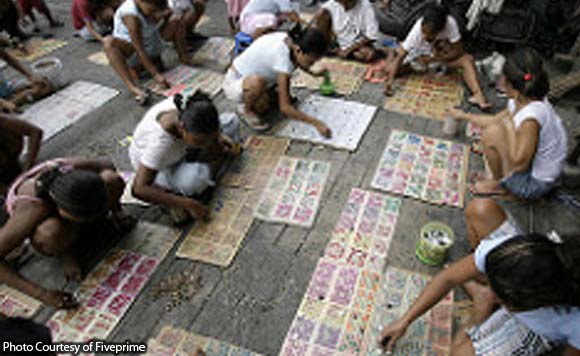 Sorry, Western Visayas church groups. Even the seemingly wholesome bingo will no longer be allowed if the police in the region can help it.

The Police Regional Office 6 said pastime games such as bingo, bug-oy, and cara y cruz are considered illegal gambling under Republic Act 1602 as amended by RA 9287.

Malong said that while bingo and even bug-oy are “pastime” games, “they are considered as illegal.”

“The directive is for us to go after these illegal games,” he said.

Recovered were bingo game paraphernalia and cards, P229 cash, and a slot machine.

Recovered from the scene were three shells locally known as “batad” and P280 in cash bets.