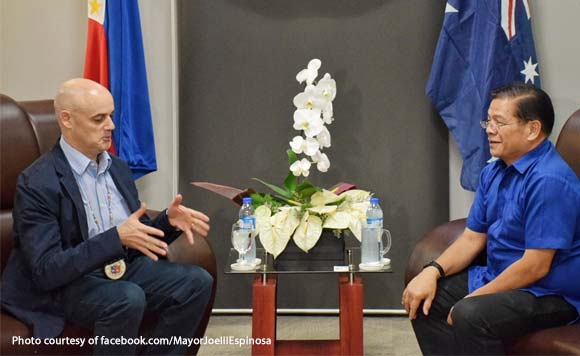 A ranking official of the Australian embassy in the Philippines sees many potentials for growth in Iloilo City, following his visit there earlier this week.

“I can see that there are a lot of growing potentials here,” he said, adding it is his first time to visit the city (Aussie envoy sees growth potentials in Iloilo City).

Kimberley was in Iloilo City to check on their scholars and their partnership with the Southeast Asian Fisheries Development Center.

For his part, Espinosa enumerated several projects to Kimberley particularly the monorail and the Iloilo-Guimaras-Negros bridge.

He added he is hopeful the visit of the deputy head would open up more benefits and opportunities for the city.