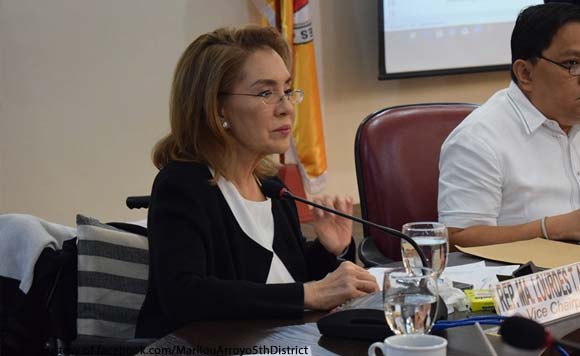 0 1,698
Share
Want more POLITIKO News? Get the latest newsfeed here. We publish dozens and dozens of politics-only news stories every hour. Click here to get to know more about your politiko - from trivial to crucial. it's our commitment to tell their stories. We follow your favorite POLITIKO like they are rockstars. If you are the politiko, always remember, your side is always our story. Read more. Find out more. Get the latest news here before it spreads on social media. Follow and bookmark this link. https://goo.gl/SvY8Kr

Hemophilia is a rare disorder in which a person’s blood lacks sufficient blood-clotting proteins to clot normally. The bleeding mostly occurs internally within a person’s muscles and joints.

Even simple cuts are fatal for Hemophilia patients since they bleed for a longer time after an injury than those who have their blood clotted normally,

Treatment for Hemophilia could cost up to P50,000 daily.

“Personally hearing the stories of those suffering from Hemophilia completely breaks my heart. With the best of my ability as a legislator, I will help them in making sure that there will be easy access to treatment of this disease,” Arroyo said in a press statement.

“Hopefully, my fellow legislators in the House of Representatives can give me their utmost support to give the people with Hemophilia a better chance at life,” she added.

HAPLOS Community is a non-stock, non-profit patient organization established in 1993 to help the people with Hemophilia and their families attain a better quality of life and become productive members of society.