Army to talk to ‘pro-NPA’ officials in Negros 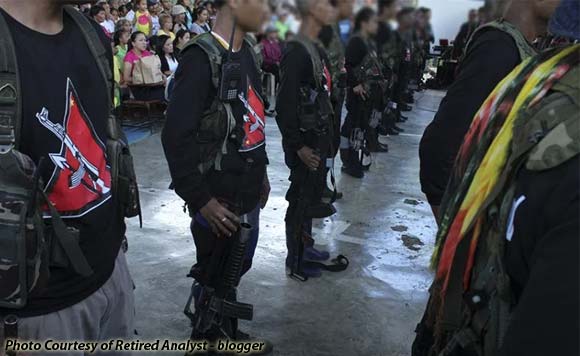 0 540
Share
Want more POLITIKO News? Get the latest newsfeed here. We publish dozens and dozens of politics-only news stories every hour. Click here to get to know more about your politiko - from trivial to crucial. it's our commitment to tell their stories. We follow your favorite POLITIKO like they are rockstars. If you are the politiko, always remember, your side is always our story. Read more. Find out more. Get the latest news here before it spreads on social media. Follow and bookmark this link. https://goo.gl/SvY8Kr

Philippine Army officials in Negros island are scheduling dialogues with local officials in the area believed to be supporting the communist New People’s Army (NPA).

Col. Benedict Arevalo, commander of the 303rd Infantry Brigade, did not name the officials but said there are about 30 of them.

“It’s not my objective to name names and ruin their reputation, especially now that it is election period,” Arevalo said.

He said the aim is to stop elected government officials from supporting the NPA and to preserve their reputation.

But Arevalo said they consider the officials in the list as victims of the alleged extortion schemes of the NPA.

He said the local government officials allegedly gave financial and logistical supports to the NPA.

In return, they supposedly avail of the NPA’s services as private armed goons during and even before elections.

Earlier, Marañon said it is “not fair” to link officials to the NPA. Lacson suggested that the Army talk to government officials allegedly supporting the NPAs.