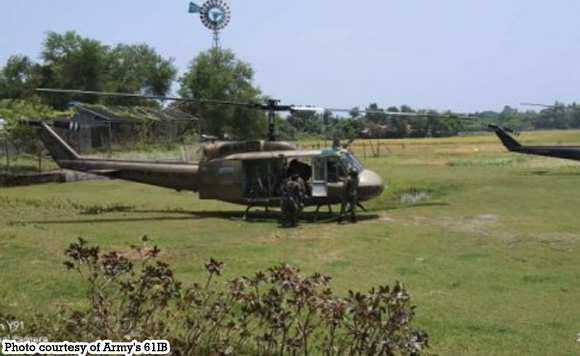 ILOILO CITY – The Philippine Army’s 61st Infantry Battalion (61IB) on Friday advised tourists to ask permission from authorities before they visit mountainous and remote areas in the towns of Miag-ao and Igbaras, Iloilo.

This, after there had been a series of encounters between the government troops and the Communist Party of the Philippines-New People’s Army (CPP-NPA) since Sept. 20, Lt. Col. Joel Benedict Batara, 61IB commander said in an interview.

“Warning for them is to seek consent from village captain or the Philippine National Police (PNP) in the area or the Army detachment before they go to the mountains,” he said.

Prior to this, a rebel was killed in an encounter in Ongyod village in Miag-ao town on Monday.

The series of encounters prevented the rebels in their planned attack on the Century Peak Energy Corporation (CPEC) and its hydro-power plant in Igbaras.

Although the situation in Igbaras and Miag-ao had normalized, Batara urged the public not to go to remote areas without the knowledge of the authorities.

He advised those who do not have important matters to attend to in the mountains to “not pursue their hiking plans.”

Batara said there are Army detachments in the mountainous areas “but rebels might threat civilians and extort for rice and food.”

He warned the public against going to the villages of Ongyod, Onop, and Tuog in Miag-ao.

“We do not know the intention or plans of the communists, maybe they (rebels) will come back,” he said, as the rebels might retaliate as one of their comrades was killed in an encounter.

“They might retaliate and an encounter might transpire. They are going to communities as they are making the locals as a human shield,” he added.