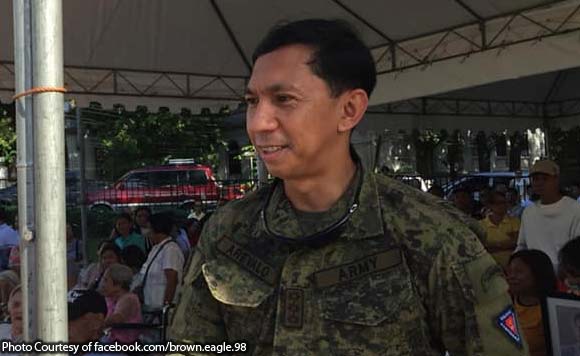 More than 30 incumbent local government officials in Negros Occidental have been supporting the New People’s Army.

This was revealed by Col. Benedict Arevalo, 303rd Infantry Brigade commander on Tuesday.

Arevalo said in The Visayas Daily Star report that local government officials provide financial and logistical support to the rebels in exchange for their services during the elections.

According to him, the NPA supporters include mayors, vice mayors, and councilors.

“We would like to remind them not to support the Communist Party of the Philippines-NPA,” said Arevalo, noting that the rebel group has been categorized by the European Union as a terrorist organization.

“If our reports against them are strong enough, we will forward them to the Department of Interior and Local Government for investigation,” he added.

Section 4 of the Republic Act 10168 or the “Terrorism Financing Prevention and Suppression Act” states that, those found guilty shall suffer the penalty of reclusion temporal in its maximum period, to reclusion perpetua and a fine of not less than P500,000 nor more than P1-million.