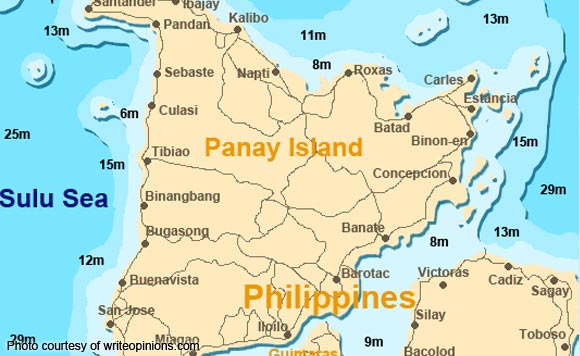 LOILO CITY — The Philippine Army is now in an “offensive” mode against the New People’s Army (NPA) after recording its eighth encounter with the rebels on the island of Panay on Thursday afternoon.

The latest and eighth firefight broke out at 3:50 p.m. as troops of the 61st Infantry Battalion (IB) were patrolling the village of East Villaflores, Maayon, Capiz. They encountered about 10 NPA rebels, identified as members of the Sangay Partido Pamproganda-East, Komiteng Rehiyon-Panay, Col. Benedict Arevalo, commander of the 301st Infantry Brigade, said in an interview Friday.

“These rebels have so many activities, like extortion, recruitment and organizing the people in the community to say political words,” he said.

“The encounter lasted for 20 minutes but the enemies withdrew towards the nearby village of Bongbongan,” he said, adding that no one was hurt from the government side but undetermined on the enemy’s. The number of the soldiers was not revealed by the Army for security reasons.

The latest encounter, which is the eighth since last July 21, happened just hours after a gun battle in Sitio Ali, village of Malublub, Leon, Iloilo at 4:50 a.m. of the same day.

The series of encounters was the result of their “aggressive” move against the enemies, said Arevalo.

“That is the commitment of the government forces. We should be aggressive. That is the only way,” he said.

Arevalo reiterated that the series of encounters was the offshoot of their response to reports they received from the community about the presence of rebels in their area.

He said they have already received less than 100 reports through text messages from concerned individuals in the past four weeks.

He said that they expect to have more encounters with the enemies as they run after them.

He appealed for them to surrender as the military is willing to accept them and help them through the local integration program.

“If they do not want to surrender, we do not have other recourse but to run after them,” he said. (PNA)