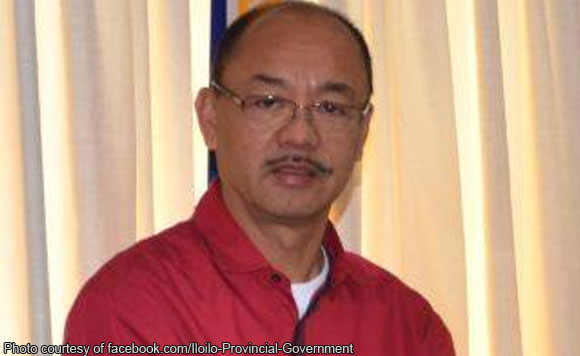 0 542
Share
Want more POLITIKO News? Get the latest newsfeed here. We publish dozens and dozens of politics-only news stories every hour. Click here to get to know more about your politiko - from trivial to crucial. it's our commitment to tell their stories. We follow your favorite POLITIKO like they are rockstars. If you are the politiko, always remember, your side is always our story. Read more. Find out more. Get the latest news here before it spreads on social media. Follow and bookmark this link. https://goo.gl/SvY8Kr

Calinog, Iloilo Mayor Alex Centena’s graft trial in connection with the fertilizer fund scam is expected to push through after the Sandiganbayan 7th Division junked his motion to quash the case.

Centena sought to have the case quashed as he argued that his right for its speedy disposition was violated after the Office of the Ombudsman delayed the filing of the graft charge before the Sandiganbayan.

However, the Sandiganbayan 7th Division pointed out in its resolution his right for the speedy disposition of the case was not violated by the Ombudsman.

“A lengthy preliminary investigation does not, by itself, entitle an accused to the dismissal of his case on the ground of violation of the right to speedy disposition,” the court ruled.

It also added Centena also failed to allege or show that “the period it took to complete the preliminary investigation was so protracted that they are no longer able to properly defend themselves, or that they have unduly suffered oppressive pretrial incarceration or infamy.”

Under the case, Centena and his co-defendants are accused of conspiring with another in the anomalous purchase of 666 bottles of Bio Nature Liquid Fertilizer which cost P1,500 each and bought from Feshan Philippines Inc.

The purchase skipped the required public bidding and the payment of P999,000 to the contractor was made within a day after claiming Feshan exclusive distributor of the brand.