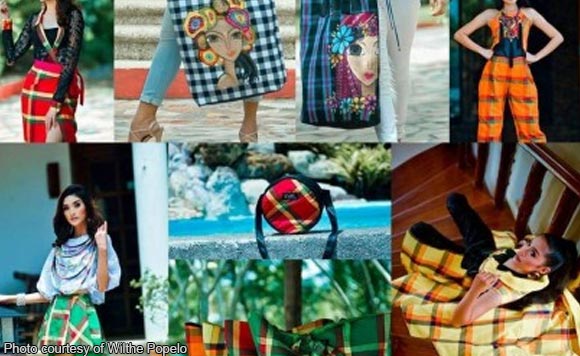 Wilthe Popelo, who hails from Sibalom town, said in an interview on Thursday that he is lucky enough to undergo training on fashion design, which was facilitated by the Department of Trade and Industry (DTI) and the Provincial Tourism Office last July 25-27 in Antique. The training helped him improve his work, he added.

He is one of the 10 designers around the country invited to join the Nov. 10-11 event that will showcase the craftsmanship of Philippine weavers and designers

“I am just lucky to be the one invited to represent Antique in the fashion show in Hong Kong,” he said.

He added that he will be bringing six dresses, circle bags, tote bags, sling bags and shawls, which he would showcase and sell during the event.

“My designs are made of ‘patadyong’ because it originates in Antique,” he said.

“We have unique millennial designs, which hopefully could capture the market,” he added,

“Patadyong” is handwoven fabric made of cotton and silk. It is being made in Bagtason, Bugasong and Tibiao towns by the local folks engaged in the weaving industry.

These fabrics were also made as casual and party dresses that were also shown in a fashion show at Robinsons Antique on Aug. 10; and in Shoemart Iloilo City on Sept. 20, which caught the attention of guests and shoppers.