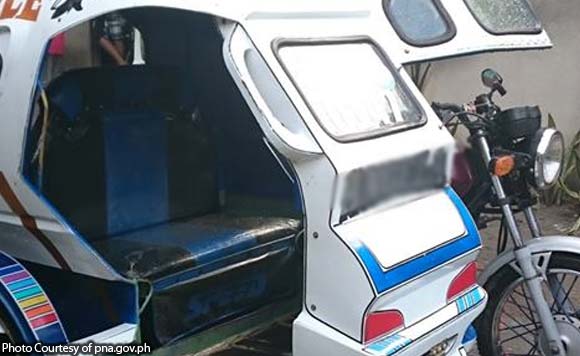 0 551
Share
Want more POLITIKO News? Get the latest newsfeed here. We publish dozens and dozens of politics-only news stories every hour. Click here to get to know more about your politiko - from trivial to crucial. it's our commitment to tell their stories. We follow your favorite POLITIKO like they are rockstars. If you are the politiko, always remember, your side is always our story. Read more. Find out more. Get the latest news here before it spreads on social media. Follow and bookmark this link. https://goo.gl/SvY8Kr

SAN JOSE DE BUENAVISTA, Antique — Tricycle drivers have been warned against overcharging passengers, particularly those rushing to catch their flight with the Philippine Airlines (PAL), which is now flying twice a week to Antique from Clark airport.

San Jose de Buenavista Mayor Elmer Untaran said in an interview Tuesday that he has already placed a tarpaulin at the Evelio B. Javier Airport to notify passengers that the fare rate is only PHP10, which is the minimum fare to and from the town proper and the airport.

“I also placed a hotline number on the tarpaulin so that the passengers would know where to call,” Untaran said.

He said some airline passengers have complained of being overcharged by some tricycle drivers, who ask as much as PHP100.

Untaran said appropriate penalties will be imposed, including not renewing their permit, if the tricycle drivers continue to overcharge airline passengers.

PAL began its operation at the airport last December. “As what I learned, PAL is now fully booked until February or March,” he said.

The mayor said he has recently issued an executive order for municipal government employees to patronize PAL flights, scheduled every Tuesday and Sunday, to ensure that the airline gets enough passengers on board.

“I have issued an executive order for employees to take the PAL flight if their official travel coincides with the PAL schedule,” he said. “I do hope that PAL would increase its flight frequency if it sees that it has enough passengers from Antique.”

Untaran noted that PAL’s flights to Antique would spare Antiqueños from traveling to Iloilo province to catch a flight to their destinations. (PNA)