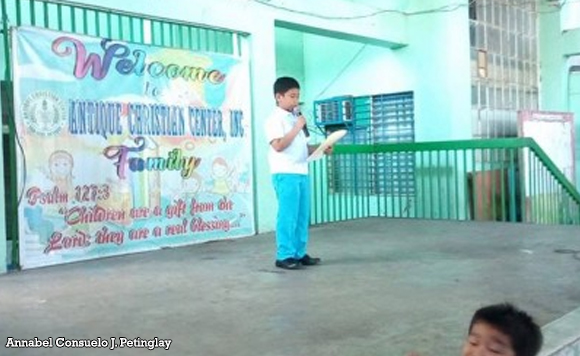 SAN JOSE DE BUENAVISTA, Antique – The League of Municipalities of the Philippines (LMP) Antique chapter has appealed for the postponement of the school opening this August 24 until January 2021.

The LMP led by Libertad Mayor Mary Jean Te on Friday requested Governor Rhodora Cadiao and the province’s Inter-Agency Task Force for coronavirus disease (Covid-19) to endorse their letter of appeal to the Office of the President.

The LMP met with Cadiao and the task force at the Binirayan Gymnasium here.

The request for the postponement of the school opening was initially brought up by Belison Mayor Christopher Piccio and supported by Sebaste Mayor Gaseva Recopuerto during the meeting.

In a phone patch during the meeting, Antique Lone District Rep. Loren Legarda said she will file an amendment to Republic Act 7797 next week so that the Department of Education (DepEd) would be given leeway to possibly postpone the school opening.

She said Republic Act 7797, which is an act to lengthen the school calendar from 200 days to not more than 220 class days, provides that the start of the school year would be the first Monday of June but not later than the last day of August.

She said that the amendment she will file will make the school calendar open-dated giving Education Secretary Leonor Briones a leeway to make a decision as to when would be the right time to open the school year considering the threat of Covid-19 to the school children.

Legarda said that while the amendment is not yet passed, the DepEd has assured the August 24 school opening will not necessarily mean a physical opening of classes for the DepEd Antique Division.

As planned, there will be modular sessions considering the poor internet connectivity in the province.

In the modular sessions, learners will just be asked to report to school two or three times a week.

The rest of the days, they have to work on their modules and activity sheets at home. (PNA)

Continue Reading
AntiqueLeague of Municipalities of the Philippines (LMP)Mayor Mary Jean Te
0
Share
Politiko would love to hear your views on this...
Trending News
More Stories