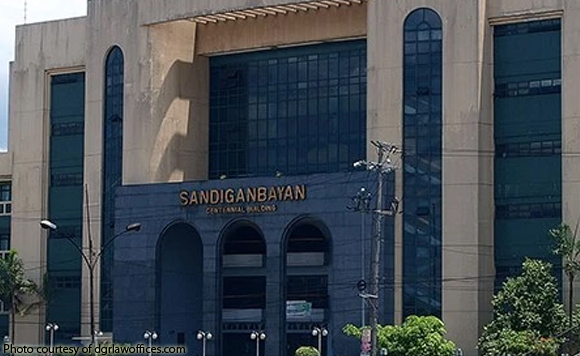 0 4,059
Share
Want more POLITIKO News? Get the latest newsfeed here. We publish dozens and dozens of politics-only news stories every hour. Click here to get to know more about your politiko - from trivial to crucial. it's our commitment to tell their stories. We follow your favorite POLITIKO like they are rockstars. If you are the politiko, always remember, your side is always our story. Read more. Find out more. Get the latest news here before it spreads on social media. Follow and bookmark this link. https://goo.gl/SvY8Kr

The Sandiganbayan suspended Patnongon Mayor Johnny Flores Bacongallo of Antique province for 90 days for his involvement in the alleged anomalous purchase of a 40-ton rice mill worth P9.9-million in 2007.

“The court finds that the said allegations properly impute fraud purportedly perpetrated by the accused against the government,” the resolution read.

The Office of the Ombudsman-Visayas has indicted Bacongallo, former congressman Exequiel Javier and nine other town officials for awarding a P9.9-million pork barrel-funded project to a private individual. (https://dailyguardian.com.ph/sandigan-suspends-antique-mayor-for-graft/)

They were charged with one count of violating Section 3(e) of the Anti-Graft and Corrupt Practices Act, which is giving unwarranted advantage to a private party.

In the resolution, the Sandiganbayan maintained the case information sheet was sufficient in form and substance to warrant the mayor’s 3-month suspension.