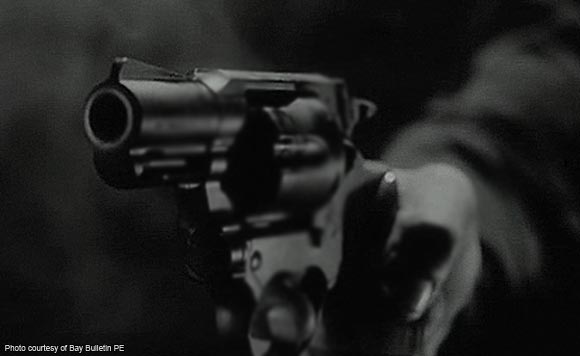 Bugasong Mayor John Lloyd Pacete of Antique province has surrendered to the police after he was found guilty of violating the election gun ban.

Pacita will serve a sentence of two years at the San Jose District Jail in Barangay Binirayan Hills in San Jose town.

Pacete’s arrest came after the Regional Trial Court (RTC) Branch 64 in Bugasong denied on April 16 the motion for reconsideration the mayor filed last March 14 in connection with the court’s February 27 decision convicting him of illegal possession of firearm during election period.

“This court examined thoroughly all his arguments in the discussion he made in his motion. However, after a painstaking evaluation of the said arguments, this court found no new issues raised. All the issued discussed and argued by the accused-movant, through his counsel in the motion for reconsideration, had already been passed upon by this court in the assailed judgment. This court finds no compelling reason to disturb the assailed judgment,” the decision read.

Aside from a maximum of two years of imprisonment, Pacete also suffers disqualification to hold public office and deprivation of the right of suffrage.

The case against Pacete stemmed from a complaint that Chief Inspector Juvy Cordero of the Bugasong police station filed in 2016.