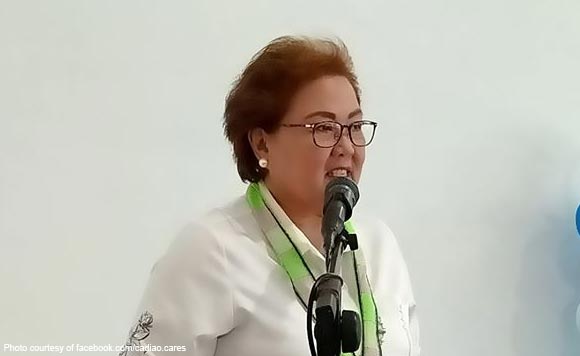 The Department of Interior and Local Government (DILG) has issued a show cause order against Antique Governor Rhodora Cadiao for violating enhanced community quarantine (ECQ) guidelines imposed by the national government.

“As directed by the President himself, we will not go easy on local government officials who will violate the prescribed directives during the ECQ,” according to DILG Secretary Eduardo Año.

“The point of all of these national policies is to ensure unity, cohesion, and order in the entire country during the coronavirus disease 2019 crisis which requires the local government units’ full cooperation and compliance,” said Año.

The secretary added that these officials should state clearly why no administrative cases should be filed against them for negligence, dereliction of duty and violation of Republic Act No. 11469, or the “Bayanihan to Heal As One Act.”

Failure to do so will result in an automatic administrative case to be filed before the Office of the Ombudsman. The officials may also face criminal charges from the National Bureau of Investigation of the Department of Justice.

“As part of procedural due process, we are asking them to explain. And if warranted, the DILG will file the necessary cases against them. Once we have done so, we can now release their names to the public because cases are now pending against them,” said Año.