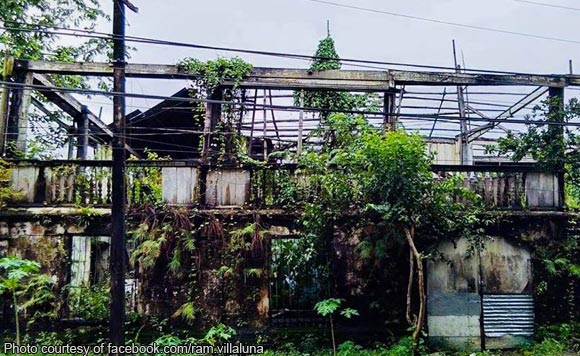 SAN JOSE DE BUENAVISTA, Antique — The restoration of the historic “Balay na Bato” along Gobierno Street in San Jose de Buenavista will be an added tourism attraction for Antique Province.

Antique Governor Rhodora J. Cadiao, in an interview Thursday, said she was elated that a deed of usufruct was finally inked between the provincial government and the Gella-Azurin family as this would pave the way for the restoration of the old stone house.

The Gella-Azurin family was represented by their grandson, Alex Azurin, during the signing of the document on Wednesday at the provincial capitol.

“The Balay na Bato’s restoration into its original look will start before December,” the governor said.

She said that the two-story Spanish house, also known as the Casa Gella-Azurin, sits on a 504-square meters lot used to be owned by prominent Antiqueños from the Gella-Azurin family.

During the Japanese war, it was used as barracks by Japanese soldiers and to torture captured locals.

Cadiao said the Department of Tourism, through the Antique Provincial Tourism Office, will take charge of the implementation of the project with a PHP5-million fund from the National Historical Institute.

“The project is implemented through Senator Loren Legarda who looked for the funding,” she said.

She said the Antiqueña senator had long been prodding for the project because the heritage house is just one of those that had survived the test of time in the province. (PNA)