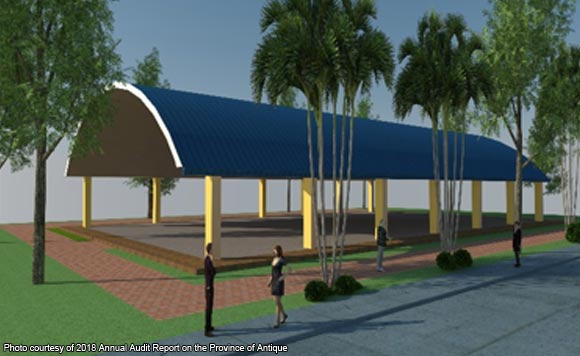 0 961
Share
Want more POLITIKO News? Get the latest newsfeed here. We publish dozens and dozens of politics-only news stories every hour. Click here to get to know more about your politiko - from trivial to crucial. it's our commitment to tell their stories. We follow your favorite POLITIKO like they are rockstars. If you are the politiko, always remember, your side is always our story. Read more. Find out more. Get the latest news here before it spreads on social media. Follow and bookmark this link. https://goo.gl/SvY8Kr

In disaster-prone Antique, the Commission on Audit (COA) found that local evacuation centers built in select barangays and schools did not meet the minimum standards provided under law.

Under Section 5.1.2 of Department of the Interior and Local Government (DILG) Memorandum Circular No. 122, evacuation centers must have, at the minimum, a Camp Management Desk or Office, separate toilets and bathing facilities for males and females and persons with disabilities, a breastfeeding area, a rainwater harvesting facility, a community kitchen and a waste disposal system.

Upon an ocular inspection conducted by state auditors, they found that the constructed version of the proposed design at Barangay Ilaures, Bugasong, Antique included only roofing, columns and flooring – significantly below the minimum standard.

State auditors found this to be alarming since, according to the province’s risk profile, it is susceptible to flooding, rain-induced landslides, storm surge and big waves. Not to mention, Antique is affected by the existing active northern and southern Panay east fault that traverses the whole stretch of the province’s mountain range. 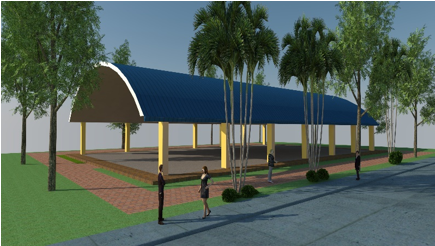 Source: 2018 Annual Audit Report on the Province of Antique

According to the planning engineer, as stated in the report, the design of the evacuation centers was a consequence of the province’s available budget for the project. As procurement documents show, the provincial government of Antique spent over P98 million to design and plan the construction of evacuation centers for 50 schools and barangays in the province.

Also in the report, management affirmed the statement of their planning engineer, adding that due to their limited budget, the construction of the evacuation centers were done in phases. Phase 1 involved the construction of a simple structure – roof, columns and electrical. After which comes Phase 2 which should be comprised of building walls, kitchens and comfort rooms, among others.

The provincial government also emphasized that in terms of structural safety, their local disaster risk office assured them that the proposed design is “not susceptible to any hazards” and guaranteed its safety based on the province’s hazard profile.

The commission recommended that the provincial government amend their designs to adhere to existing standards under DILG Memorandum Circular No. 122 and the National Disaster Preparedness Plan. In addition, state auditors urge the prioritization of the construction of evacuation facilities using the province’s Local Disaster Risk Reduction and Management Fund.

Continue Reading
barangaysCamp Management Desk or OfficeCommission on AuditDepartment of the Interior and Local Government
0 961
Share
Politiko would love to hear your views on this...
Trending News
More Stories