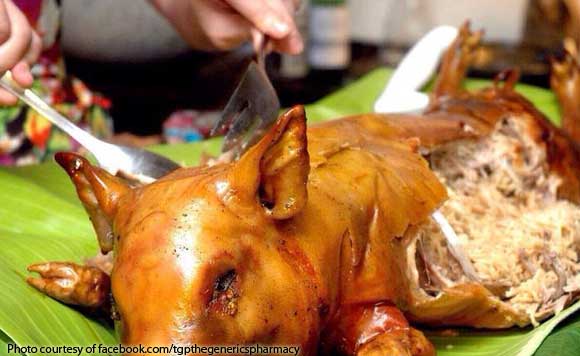 SAN JOSE DE BUENAVISTA, Antique – The Integrated Provincial Health Office (IPHO) is reminding Antiqueños to eat in moderation as it anticipates many parties during the Christmas season.

Dr. Ric Noel Naciongayo, IPHO chief, said in an interview Monday that he is giving the advice this early so that the people would remember it. “Let moderation be your mantra,” he said.

Naciongayo said hypertension and diabetes are common during the Christmas season because of intake of fatty and sweet food.

“Alcohol intake should also be controlled. It would be much better if you celebrate Christmas not being sick or having met a vehicular accident,” Naciongayo said.

The IPHO chief added that late night merrymaking could also cause stress which could affect one’s immune system.

Meanwhile, Naciongayo said that he still must meet with the Bureau of Fire Protection (BFP) provincial office, local government units and other concerned government agencies on the regulation of firecrackers and establishment of firecracker zones.

He said that the IPHO joins other government agencies in the goal to achieve zero firecracker-related injury in celebrating Christmas and New Year.

On the declaration of a White Code alert in the hospitals, Naciongayo said they are still awaiting directive from the Department of Health (DOH).

The White Code Alert places all hospital personnel on standby for deployment and augmentation whenever needed for them to be able to render prompt medical and other services to patients. (PNA)