Antique bids to become ‘native lechon capital’ of the Philippines 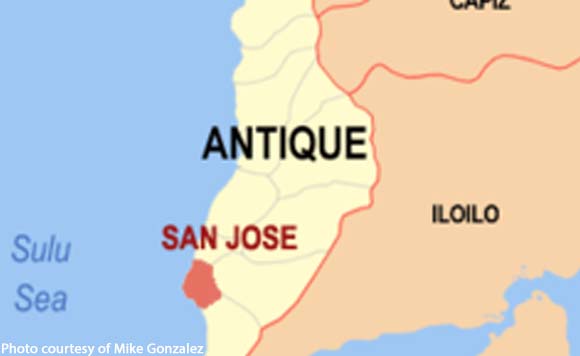 0 3,223
Share
Want more POLITIKO News? Get the latest newsfeed here. We publish dozens and dozens of politics-only news stories every hour. Click here to get to know more about your politiko - from trivial to crucial. it's our commitment to tell their stories. We follow your favorite POLITIKO like they are rockstars. If you are the politiko, always remember, your side is always our story. Read more. Find out more. Get the latest news here before it spreads on social media. Follow and bookmark this link. https://goo.gl/SvY8Kr

SAN JOSE DE BUENAVISTA, Antique — Antique is gearing to become the “Native Lechon Capital of the Philippines”, a move expected to create livelihood opportunities for sugar migrants and hog growers in the province.

The Antique Provincial Tourism Office (APTO), in partnership with the Antique Eco-Tourism Association (AETA), will launch the bid of the province by offering about 15 to 20 native roasted pigs for free taste during an event to be held at the Calawag Mountain Resort in Barangay Tuno, Tibiao, Antique on October 27.

“The provincial government, through the Sacada Desk, had been distributing native pigs, which they could breed, to the sugar migrants as livelihood assistance. To help them find a market, Antique is being launched as the native lechon capital,” APTO consultant Juan Carlos Perlas said in an interview Thursday.

He added that many opt for the native lechon because they are known to be more flavorful and has less fat.

Provincial veterinarian, Dr. Romeo Magdato explained that native pigs are either black or spotted black and weigh3 kg. to 5 kg. in 45 days when compared with the white or upgraded breed that can reach 10 kg. in 45 days.

They are also not capital intensive because they only eat kangkong (water spinach) and camote leaves while the upgraded breed eats commercial feed.

While the office has no exact figure as to their number, the native pigs are plenty in Culasi, Tibiao, Laua-an, and Sibalom towns.

The native lechon will be served right after the 1st Karay-a Kulinarya Cooking Challenge that will be participated in by about 12 hotels and restaurants in Antique as part of promoting the local menus found in the province.

The bid to become the country’s native lechon capital is one of the activities lined up for the Northern Antique River Festival on October 26-27.

In a phone interview, AETA president Flord Nicson Calawag said the festival kicks off with the 2nd National Extreme River Tubing Race elimination to be held at the Malumpati River in Pandan, Antique on Saturday.

On Saturday evening, there will be a “Disco sa Suba: Wet and Wild River Party” to be held at the Tibiao River.

The second day will be composed of four events to be held at the Tibiao River to include the elimination and final rounds of the 2nd National Extreme River Tubing Race, #Namit: The Karay-a Kulinarya Cooking Challenge, the launch of the bid as the Native Lechon Capital of the Philippines, and boodle lunch.

The cooking challenge will be made up of local dishes where the ingredients will be sourced from the river, he said.

Calawag said the festival as a whole will help promote Bugang and Tibiao rivers as a recreational attraction for water activities, such as extreme tubing and kayaking. Malumpati is the headspring of the Bugang River.

“Right now, Antique has 3 percent to 5 percent in terms of tourists coming from Boracay. It’s inspiring to hear them saying that we are blessed, lucky in the Philippines that we don’t have to build millions of pesos of water park because we have natural water parks,” he said.

He added that locals who trained for water tubing as part of their livelihood were also empowered. River tubing is an environment-friendly sport where guests ride on the used inner tubes of vehicle tires while floating on the water.

Antique Governor Rhodora J. Cadiao, in a previous interview, said that the province would also like to be recognized as one of the progressive provinces in Western Visayas. It is creating tourism-related activities to further attract tourists who come to nearby Boracay island in Aklan province to also visit Antique.

“We thought of an idea, like promoting Antique as the Native Lechon Capital of the Philippines so that the spillover tourists in Boracay could come to Antique where there is the best tasting native lechon,” she said.

She said that some of the roasted native pigs prepared in Antique were organic and cultured, even in the backyard of the sugar migrants and farmers. (PNA)