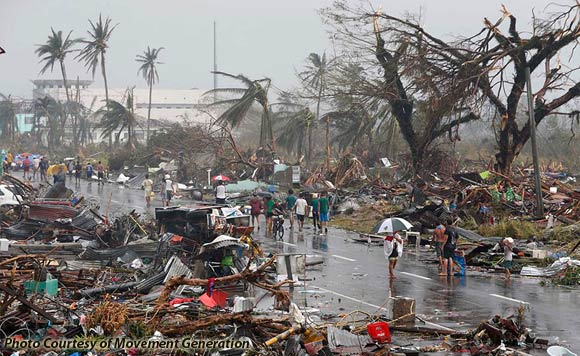 0 357
Share
Want more POLITIKO News? Get the latest newsfeed here. We publish dozens and dozens of politics-only news stories every hour. Click here to get to know more about your politiko - from trivial to crucial. it's our commitment to tell their stories. We follow your favorite POLITIKO like they are rockstars. If you are the politiko, always remember, your side is always our story. Read more. Find out more. Get the latest news here before it spreads on social media. Follow and bookmark this link. https://goo.gl/SvY8Kr

Senator Loren Legarda is urging concerned agencies to expedite the rebuilding of communities ravaged by super typhoon Yolanda to “uplift” the dignity of survivors and give them hope.

She made the appeal on Wednesday in during the fourth anniversary of super typhoon “Yolanda” which devastated the Visayas region.

Legarda, chairperson of the Senate Committees on Finance and Climate Change, deplored that of the total housing units needed for the survivors, less than half has been completed and only 12 percent has been occupied.

The senator noted that of the 15 location provinces, there are still four provinces—Palawan, Masbate, Southern Leyte and Dinagat Islands—with no housing units completed yet.

“It is lamentable that four years after the Yolanda tragedy, many affected families remain homeless while thousands of housing units remain unoccupied,” she said.

“This causes despair and prolonged agony for the affected individuals, many of whom not only lost their homes but also their loved ones,” Legarda said.

The National Housing Authority (NHA), should be more proactive in coordinating with the Local Water Utilities Administration (LWUA) and the National Electrification Authority (NEA) to ensure power and water service connections so that completed units can already be occupied, she added.