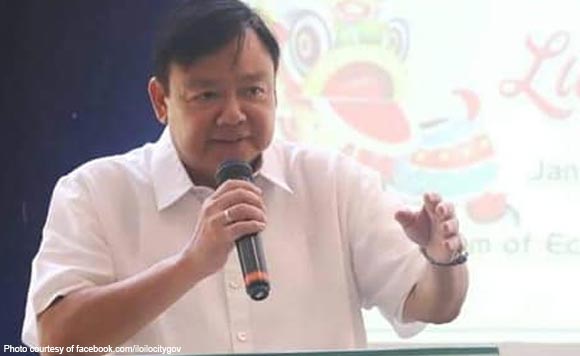 0 316
Share
Want more POLITIKO News? Get the latest newsfeed here. We publish dozens and dozens of politics-only news stories every hour. Click here to get to know more about your politiko - from trivial to crucial. it's our commitment to tell their stories. We follow your favorite POLITIKO like they are rockstars. If you are the politiko, always remember, your side is always our story. Read more. Find out more. Get the latest news here before it spreads on social media. Follow and bookmark this link. https://goo.gl/SvY8Kr

Iloilo City Mayor Jerry Treñas asked his constituents to “remain calm” following the arrival of Koreans from Daegu City, the epicenter of the coronavirus outbreak (Covid-19) in South Korea, in the city.

Treñas assured the city government is taking steps to make sure the metropolis remains free of Covid-19.

An undetermined number of Koreans were supposed to participate in the religious gathering “RUN for Jesus” today at the public plaza in La Paz district but the event was canceled by the city government. (https://bit.ly/32tR0Jr)

“The city government is on top of the situation,” the city mayor said, adding that these Koreans were traced already.

Yesterday, Malacañang announced that the inter-agency task force handling the novel coronavirus crisis decided to ban all travelers coming from North Gyeongsang province in South Korea where Daegu is located.

“The Inter-Agency Task Force on Emerging Infectious Diseases met today (Wednesday) and it approved to impose a ban on the entry of travelers coming from the North Gyeongsang province of South Korea into the Philippine territory effective immediately,” said Presidential Spokesperson Salvador Panelo.