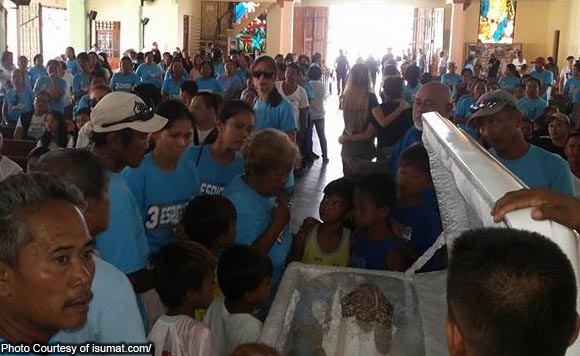 He is the father of suspected big-time drug lord Kerwin Espinosa those testimonies implicated ranking police and politikos as receiving bribe money from his narcotics business.

The older Espinosa was buried at the Albuera public cemetery around 3 p.m. December 4 after mass.

Mourners were clad in blue shirts printed with “We love Mayor Onick Espinosa” on the front and “Fight for Justice” at the back. Onick is the nickname of the slain mayor.

Earlier, Espinosa had executed an affidavit linking more than 200 individuals to his son’s narcotics trade.

The Albuera mayor was killed last November 5 when operatives from the Criminal Investigation and Detection Group served him a search warrant at his detention cell for allegedly keeping illegal drugs and firearms.