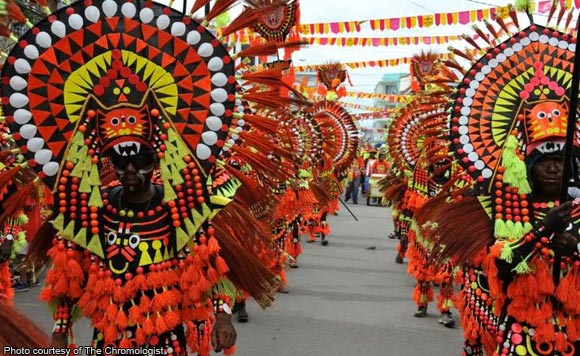 0 906
Share
Want more POLITIKO News? Get the latest newsfeed here. We publish dozens and dozens of politics-only news stories every hour. Click here to get to know more about your politiko - from trivial to crucial. it's our commitment to tell their stories. We follow your favorite POLITIKO like they are rockstars. If you are the politiko, always remember, your side is always our story. Read more. Find out more. Get the latest news here before it spreads on social media. Follow and bookmark this link. https://goo.gl/SvY8Kr

It is all systems go for next year’s Ati-Atihan festival.

The annual celebration will start January 2 until January 20.

“Next year’s Kalibo Ati-Atihan religious and cultural festival is at its best. The testimony of faith and uniqueness of celebration sets apart the Kalibo festival from other festivals in the country,” Kalibo Sto. Niño Ati-Atihan Foundation, Inc chairman Albert Menez said.

“Everyone is welcome in Kalibo Ati-Atihan,” he added.

The opening liturgical rites and blessing of instruments will take place on January 2.

The “Pagbisita ag Paghatod kay Señor Sto. Niño de Kalibo” will be from January 3 to 10 while the “Haead Pasaeamat,” from January 14 to 17.

On January 19, there will be a dawn penitential procession and blessing of tribes, groups and bands.

The festival’s main highlight is the tribal dance competition on January 19.