Alerts raised in 2,433 flood-prone villages in Eastern Visayas due to ‘Amang’ 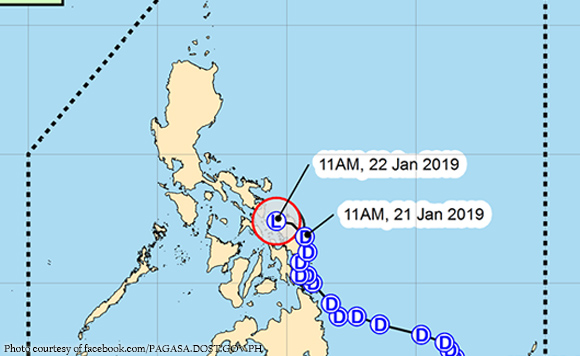 0 947
Share
Want more POLITIKO News? Get the latest newsfeed here. We publish dozens and dozens of politics-only news stories every hour. Click here to get to know more about your politiko - from trivial to crucial. it's our commitment to tell their stories. We follow your favorite POLITIKO like they are rockstars. If you are the politiko, always remember, your side is always our story. Read more. Find out more. Get the latest news here before it spreads on social media. Follow and bookmark this link. https://goo.gl/SvY8Kr

In its flood advisory, the weather bureau identified several rivers in six provinces that would likely be affected by the heavy downpour.

Other affected rivers are Oras, Dolores, Ulot, Taft, Borongan, Suribao, Llorento, Balangiga, and Sulat in Eastern Samar; Basey, Silaga, Calbiga and Jibatan in Samar; and Bisay, Himbangan, and Pandan in Southern Leyte; and all river systems in Biliran province.

People living in low-lying areas near these river systems are advised to be on alert for possible flash floods. Those settled near mountain slopes are told to watch out for signs of landslides.

In the region, Public Storm Warning Signal No. 1 was hoisted since the weekend over Leyte, Southern Leyte, Biliran, Eastern Samar, Northern Samar, and Samar provinces.

The Department of the Interior and Local Government has identified 2,433 villages in the region as highly susceptible to flooding. The agency urged local governments to conduct appropriate preparedness and disaster risk reduction measures as needed.

As of Monday morning, the center of “Amang” was estimated at 70 km. east northeast of Maasin City, Southern Leyte with maximum sustained
winds of 45 km. per hour (kph) near the center and gustiness of up to
60 kph. It is moving west northwest at 10 kph. (PNA)